Signs and Symptoms of Thrombosis

An individual with thrombophilia usually will not show any symptoms until a blood clot (thrombosis) occurs. 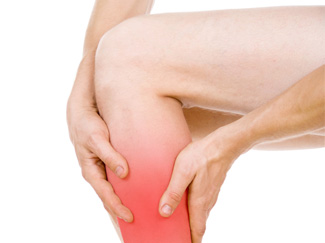 Find out if you are at risk - get tested

An individual with thrombophilia usually will not show any symptoms until a blood clot (thrombosis) occurs. While blood clots can form in arteries and veins, clotting in a vein (venous thrombosis) is the most common problem with thrombophilia. Deep vein thrombosis (DVT) occurs when a blood clot forms in the one of the deep veins in the body, usually in a leg. If the clot from a DVT breaks off and travels to the lungs, it can cause a potentially fatal condition called pulmonary embolism.

Recognizing the signs of deep vein thrombosis is important to allow appropriate treatment before the blood clot breaks loose and causes a much more serious condition known as pulmonary embolism. The symptoms can include swelling and warmth of the leg (or specifically along a vein), pain or tenderness and a color change (increased redness) of the affected leg. However, these symptoms are not always present so diagnosis can be difficult. Deep vein thrombosis affects over 600,000 people in the United States each year, with more than 200,000 requiring hospitalization.

Pulmonary embolism occurs when the blood clot breaks loose and travels to the lungs. This is a much more serious and potentially fatal condition and requires immediate medical attention. The symptoms include a shortness of breath, chest pain, coughing up blood, an increased heart rate, lightheadedness and rapid breathing. Every year in the United States, more people die from pulmonary embolism than breast cancer and AIDS combined.

Next, Diagnosis of Thrombophilia »